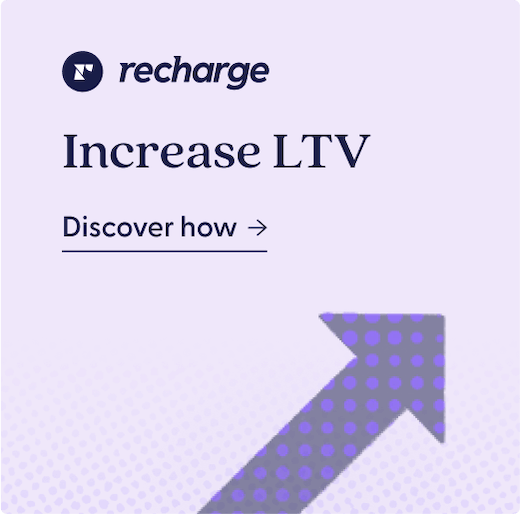 Merchants have a problem that is easy to spot but incredibly hard to diagnose.

The symptoms are obvious: shrinking revenue, declining customer lifetime value and increasing cost of customer acquisition. What makes these issues hard to solve is that none of them happen at once or for one singular reason.

It turns out that for many ecommerce merchants, revenue is leaking out of their operations all along the customer’s buying journey. We’ll get to the particulars in a minute, but the very nature of the problem means that no one in the ecommerce enterprise has a complete view of where things are going wrong.

The good news is that there is a way to get a handle on just where the pressure points are that are causing bad things to happen to good orders. Better still, there are relatively new and powerful technology solutions that can help merchants stop the leaking while building a loyal customer base.

The places in the buying journey where the problems arise tend to be siloed which causes them to be monitored by independent teams:

How to fix the issue

Signifyd’s analysis of a representative sample of merchants found that as many as 14% of orders are lost along the way. That’s before adding in additional revenue leakage from returned goods, fraud chargebacks, and chargebacks arising from customer disputes. While those figures vary by vertical, you can add another 15% or so for a moderate-return-rate vertical like electronics.

“As we go through this,” says Indy Guha, Signifyd SVP of Marketing & Alliances, “you’ll see a pattern of what I would call death by a thousand paper cuts.”

But merchants can disrupt the pattern by turning to the data. In order to fully leverage the rich data they do have, merchants can break down the internal silos that prevent the business from forming a clear view of the buying funnel. They need to get teams to collaborate on this issue.

Once the enterprise’s different departments are working together, merchants need to develop a revenue leakage dashboard that provides a comprehensive view of the buyer’s journey to help them assess and plug holes.

The next step is to establish a revenue-leakage benchmark that can help measure the severity of the problem at each stage in the buying journey. Merchants need to know where they stand in comparison to others in the same space; taking factors like their vertical, basket size and brand maturity into consideration. There is a whole industry of consultants whose expertise can be drawn upon.

Once a merchant knows where it stands compared to others in its vertical, it can identify where revenue leakage is the most severe and take steps to strengthen that weakness. The next part of that phase includes optimizing that trouble spot; measuring improvements and testing effectiveness; then moving to the next problem and repeating the cycle to improve.

It is a lot of work. But remember that new and powerful technology we mentioned earlier? This is where that comes in.

Revenue leakage is a reflection of a poor customer experience

Each point where revenue leaks out of the buying journey is a representation of a time when a customer encountered friction and frustration. Revenue leakage is the outward manifestation of a toxic customer experience.

Often the friction is the result of barriers that merchants erect between themselves and willing customers based on the fear that some percentage of buyers will try to take advantage of them either through criminal fraud schemes or through customer abuse perpetrated by consumers looking to game the system.

The fear is understandable in our era of data breaches when identities, personally identifiable information and account information are stolen by hackers who make off with a staggering amount of information.

Last year, we lived through the worst year for data breaches in history. The number of breaches in 2019 was up 30% over 2018. In the third quarter alone, 3.1 billion records were exposed.

A Thales survey found that globally, 60% of respondents had suffered a breach – 30% coming in the last year. In the U.S. the numbers were higher – 65% and 36% respectively.

Unfortunately, you could point to any number of huge breaches. A Facebook breach exposed the personal information of 267 million users. In March, Capital One suffered a breach that exposed more than 100 million records. What’s in your wallet? Pretty much everybody knows now.

Those breaches and the stolen credentials involved in them are the fuel for a vast marketplace where identities are bought and sold on the Dark Web. They provide the raw materials for fraud rings which create fictitious accounts and take over others to commit online fraud.

So, the problem that was Facebook’s and Capital One’s and a host of other organizations very quickly becomes the problem of merchants with an online presence (which is pretty much all of them). A big problem. Between 2019 and 2023 businesses will lose about $130 billion in fraudulent orders according to Juniper Research.

But here’s the thing: By trying to avoid that $130 billion loss, businesses are costing themselves billions by turning down good orders for fear of fraud and by investing in inadequate fraud solutions.

Many merchants are especially wary of international orders because they often involve markets in which the company does not have a deep wealth of transaction history. Furthermore, different countries have different regulations regarding personal data therefore making it difficult to reliably verify a buyer’s identity.

Because of those concerns, 6.8% of international orders are declined according to a study by payment processor Cybersource. The figure for domestic orders was 2.9%. The discrepancy becomes even more interesting when you consider that Cybersource found the actual fraud rate for international orders was .9% – virtually the same as the rate for domestic orders.

Think about that: same fraud threat regardless of an order’s origin but merchants turned down more than twice as many international orders.

That points to the problem of false declines, which cause significant losses. In 2019 Forrester Consulting conducted a study in which it analyzed the difference between a legacy rules-based fraud prevention tool and a machine-learning solution powered by big data. It concluded that by up-grading its fraud solution, a composite enterprise realized $912,000 in sales over three years that it would have otherwise declined for fear of fraud – with a fringe benefit of saving $3 million by avoiding fraud chargebacks and it saved $413,000 by eliminating manual reviews. Furthermore, the composite merchant retained $408,000 in revenue that would have been lost to cancelations due to fulfillment delays.

We live in the era of zero-tolerance consumers

Consumers’ expectations are evolving rapidly and it goes without saying that their expectations are not being lowered. Empowered consumers expect to be able to buy where they want, when they want, and using the channel they choose. They expect to be able to buy online and pick up in store or buy in store and have their orders delivered to their homes. They want easy returns whether they buy online or in store.

In the era of the zero-tolerance shopper, failing to meet those expectations have dire consequences. Signifyd’s 2020 Consumer Sentiment Survey, conducted with polling firm Survata, found that 64% of consumers would tolerate no more than one bad experience with an online merchant.

We can stipulate that being a legitimate customer on the wrong end of a declined order qualifies as a bad experience. Nearly a quarter of the 2,000 online consumers that Survata polled had endured that experience. More importantly for merchants, nearly 30% of those said they would never shop with that brand again.

Losing the chance to make a sale to an insulted customer is bad, but losing that customer for good is devastating. The damage starts with the fact that a merchant who loses a customer has squandered the cost of acquiring that customer – a cost that is rising by the day with competition in the Google/Facebook/Amazon digital ad space continuing to rise.

It’s also important to consider the loss of a lifetime of purchases from disappointed customers.

No question, merchants are suffering from a revenue-leakage problem. The way to get ahead of it is to:

In the end, the choice is clear. Merchants can live with the problem of revenue leakage and pay dearly, customer-by-customer, as they lose shoppers to competitors. Or they can invest in a clear vision of their data and the tools that will enable fearless commerce while helping them build a fan base for the ages.

Contact us to learn more about how Signifyd’s Commerce Protection Platform can help you identify and stop your revenue leaks.